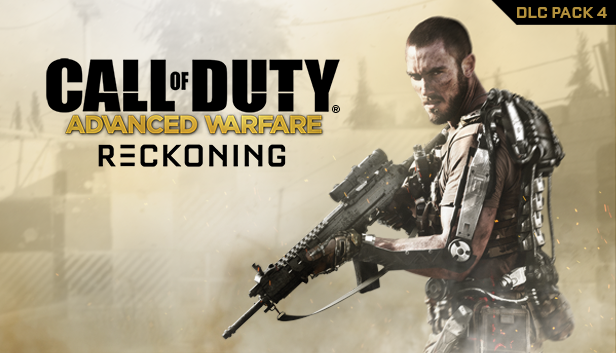 Brace yourself for Reckoning, the final downloadable content pack for Call of Duty®: Advanced Warfare:

Ohm Weapon Pack
The Ohm Weapon Pack features the Ohm directed energy two-in-one LMG/Shotgun and its Werewolf Custom Variant. Adjust the weapon on the fly to fit your strategy. Unleash a barrage of directed energy fire from a distance in LMG mode or get up close and personal in shotgun mode and deliver a concentrated blast. 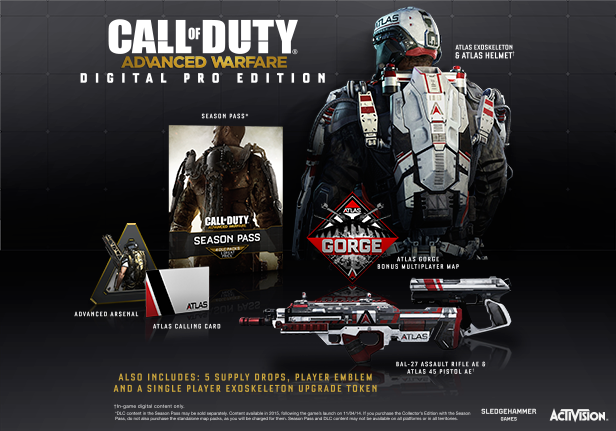 The Call of Duty®: Advanced Warfare Digital Pro Edition features all the digital content you need to prepare you for a new era of combat.


All digital purchases of Call of Duty: Advanced Warfare include the bonus Digital Edition Personalization Pack with a custom weapon camo, reticle set and playercard.

Season Pass and DLC content may not be available on all platforms or in all territories. Pricing and release dates may vary by platform.

Call of Duty®: Advanced Warfare, developed by Sledgehammer Games (co-developers of Call of Duty®: Modern Warfare® 3), harnesses the first three-year, all next-gen development cycle in franchise history. Call of Duty®: Advanced Warfare envisions a powerful future, where both technology and tactics have evolved to usher in a new era of combat for the franchise. Delivering a stunning performance, Academy Award® winning actor Kevin Spacey stars as Jonathan Irons - one of the most powerful men in the world - shaping this chilling vision of the future of war.

All digital purchases of Call of Duty: Advanced Warfare include the bonus Digital Edition Personalization Pack with a custom weapon camo, reticle set and playercard.